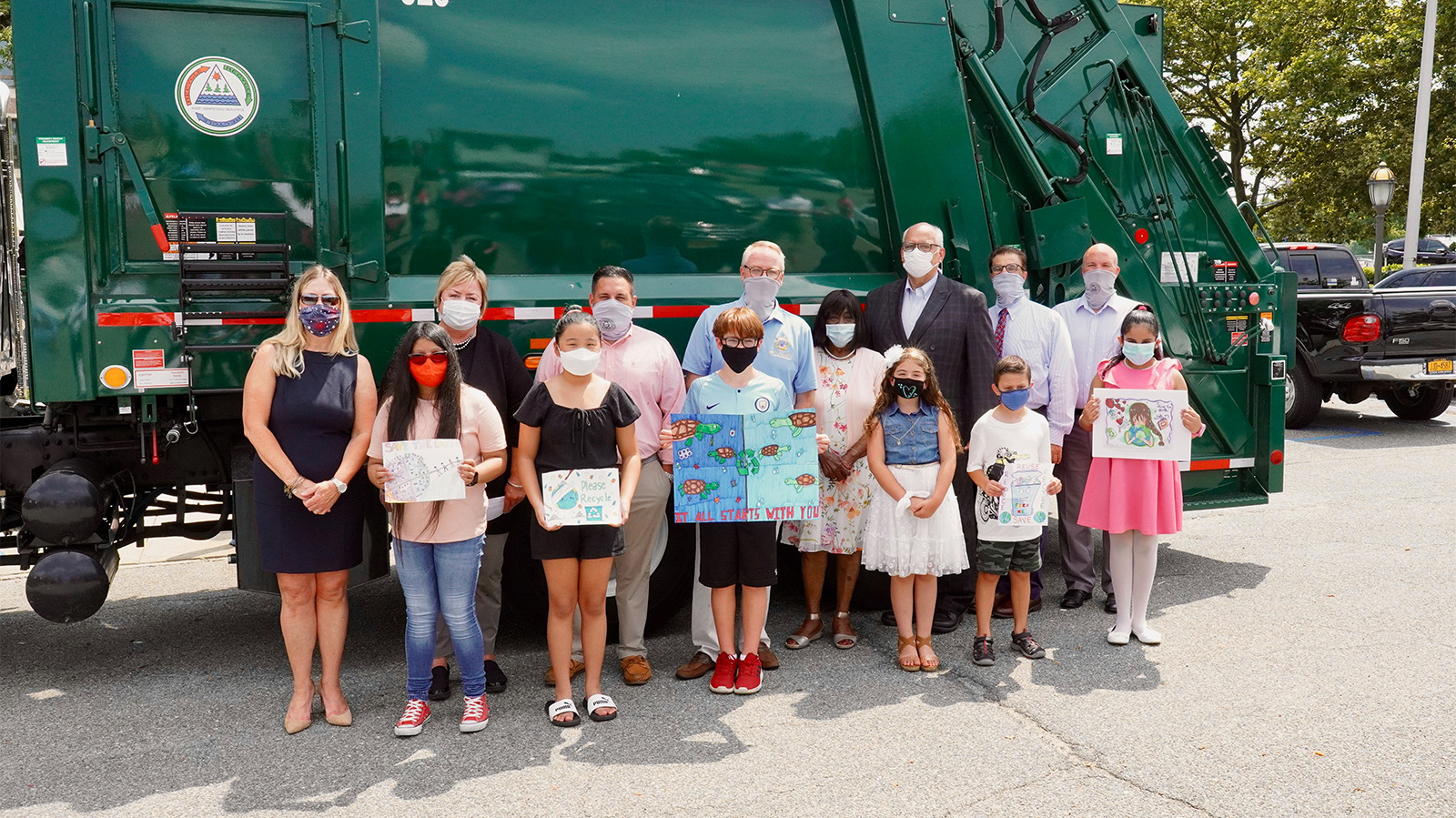 Winners of the recycling poster contest show off their creations. (Photo: Town of Hempstead)

Students submissions were divided by age into two categories, grades 1 through 4 and grades 5 through 8. Covanta provided prizes for the winners, including a Samsung tablet for the two first place finishers and Barnes & Noble gift cards for the second and third place finishers.

The winners from grades 1 through 4 were first-place finisher Elise Lo Castro from Francis X. Hegarty Elementary School in Island Park and Ariana Bacchus and Nicholas Cottone of the Notre Dame School in New Hyde Park who took second and third place.

In grades 5 through 8, the winners were Madison Lee of the Notre Dame School in New Hyde Park who took first prize; second-place finisher Heyzell Maldonado of Jackson Main Elementary School in Hempstead; and Michael Molite of Oceanside Project Extra in Oceanside, who took third place. 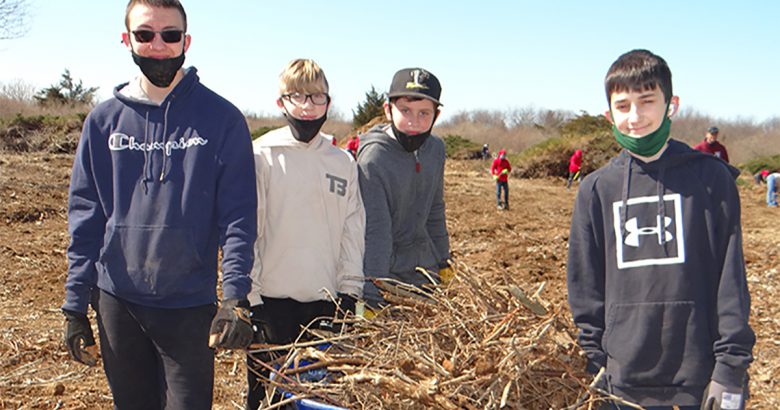 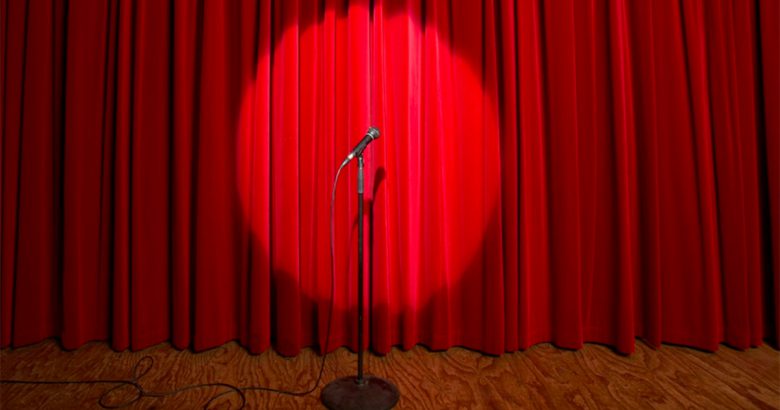